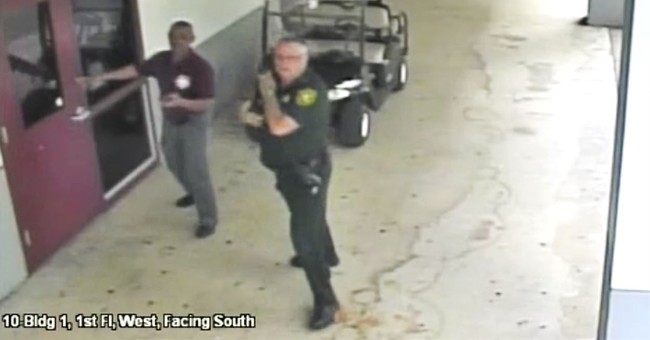 Anthony Borges, a 15-year-old survivor from Marjory Stoneman Douglas High School, is a hero. During the mass shooting at his school that claimed 17 lives, Borges used his own body to shield his fellow classmates from the bullets. He was shot five times and was in the hospital for weeks, being treated for wounds on his lungs, abdomen and legs, until he was finally released last Wednesday.

Upon his discharge from the hospital, he is identifying who he believes is partly to blame for the tragedy. The county sheriff Scott Israel and school superintendent Robert Runcie should have done more to apprehend the shooter, Nikolas Cruz. Borges's attorney Alex Arreaza read a statement on behalf of his client at a news conference this weekend. Borges sat and listened to his words being read while he sat in a wheelchair.

"I want all of us to move forward to end the environment that allowed people like Nikolas Cruz to fall through the cracks," the letter said. "You knew he was a problem years ago and you did nothing. He should have never been in school with us." (ABC Local 10 News)

It's now known that deputies received several warnings about Cruz before he went on his rampage. Then, when Cruz was firing on students, school resource officers remained outside the building for minutes before attempting to enter and subdue the shooter. It was baffling.

The FBI received tips about Cruz too, including as late as January, but admitted they failed to follow protocol.

Sheriff Israel himself refused to accept any accountability. He did all he could to train his officers, so how is it his fault if they didn't act when duty called, or so he's argued.

Students like David Hogg refused to put any responsibility on the school deputies' shoulders because, "who wants to go down the barrel of an AR-15?"

Borges's family intends to sue Broward County officials for money to cover the costs of his recovery. The young man, who is a huge Barcelona fan, had dreams of becoming a professional soccer player. That future is now seriously in doubt with a badly injured right leg.

Although he did an incredibly brave thing, Borges isn't interested in being a "bubblegum hero" as some media has portrayed him, according to his attorney. He wants action to prevent another massacre.