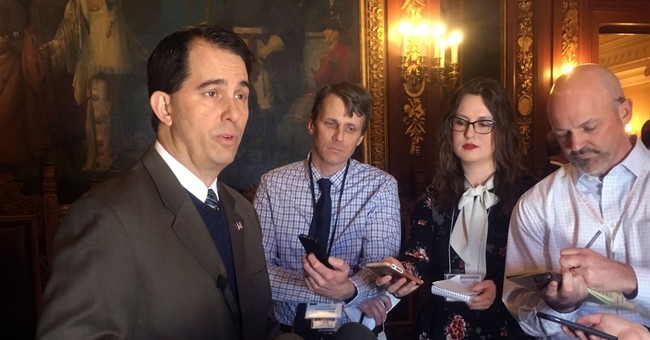 Rebecca Dallet, who heavily positioned herself against President Trump, defeated the conservative Michael Screnock for the seat. Her winning campaign, which was buoyed in part by Attorney General Eric Holder's National Democratic Redistricting Committee, is considered a "bellwether for the 2018 midterm elections."

Those same "Big government special interests" that flooded Wisconsin with "distorted facts and misinformation" will next employ their winning strategy against him, he predicted.

Yet, we all know Walker is a pro at dealing with liberal campaigns against him. In 2012, the governor became the first in U.S. history to survive a recall election. Labor unions demanded his removal from office after he implemented collective bargaining reforms that limited employees' ability to negotiate wages. On the 5-year anniversary of the reforms, Forbes calculated that the changes have saved taxpayers billions of dollars.

A blue wave would "jeopardize" these economic successes, Walker noted.