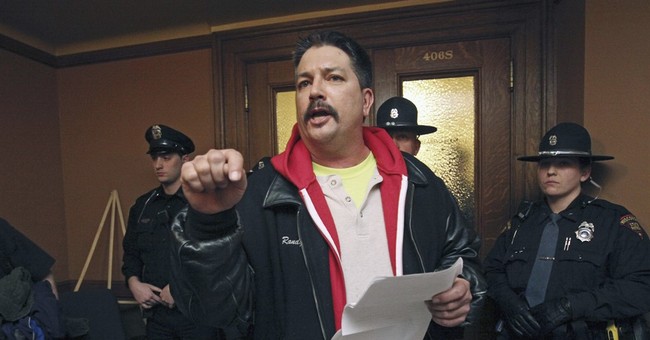 House Speaker Paul Ryan's challenger Randy Bryce is hoping he can gain ground by making a rather radical proposal. The Democrat wants to abolish Immigration and Customs Enforcement.

"Rather than deporting immigrants who pose a risk to the nation’s security, ICE has grown power hungry, sucking up more and more federal resources and directing them towards the deportation of children and families, who are otherwise completely law-abiding," Bryce's immigration platform reads.

ICE was implemented in 2003 by President George W. Bush. Fifteen years later, it's "time to rethink whether it is achieving its intended purpose," Bryce noted.

Bryce's campaign had a promising start. In his introduction video, he showed voters he was a born and bred Wisconsin who understood the importance of hard work. Last quarter, he raised over $2 million. Will his radical immigration ideas jeopardize his running start?

Liberals who have picked fights with ICE have had dangerous consequences all across the country. Earlier this year, Oakland, California Mayor Libby Schiff decided to warn the Bay Area community that the agents were going to conduct a raid, allowing hundreds of illegal immigrants to flee before they arrived. ICE officials reported after the fact that a few of those individuals have already gone on to commit more crimes.

On the immigration section of his campaign site, Bryce also opposes the addition of the citizenship question on the census and efforts to defund “sanctuary” jurisdictions. He also calls for a "clean" DACA bill. Trump tweeted this week that DACA is just about dead - and it's Democrats' fault.