The OTHER David Hogg, Who Stands Up for Gun Rights 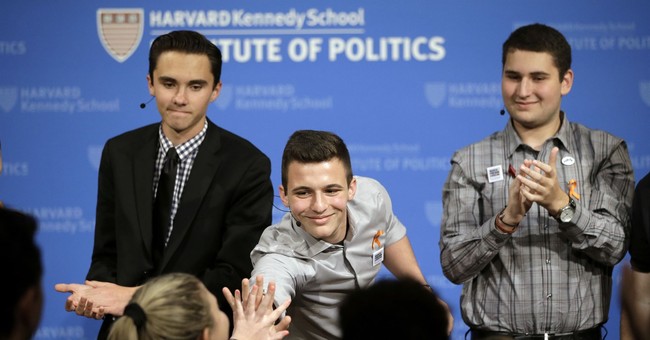 David Hogg has become a household name. A few weeks ago he was just a teenager who attended Marjory Stoneman Douglas High School. Now, he is a famous gun control advocate and cable news networks' No. 1 interview. On Twitter, his following has ballooned to over 700K.

As with any bit of fame, Hogg is also getting plenty of criticism. Gun rights is a touchy topic for a lot of Americans, and they've certainly let the young man know they are not happy with his demonizing the National Rifle Association and continued demands for gun control legislation.

In the midst of all this, there is another David Hogg on Twitter who is unfortunately fielding the same harassment. That young man, who is currently in college, shared that he had to suspend his account for a time because it was too overwhelming for him and his family.

Once he returned to social media, he noted that, unlike the other Hogg, he is a conservative who proudly supports Americans' Second Amendment rights.

I'm back on twitter. Tired of the harassment towards my family. I am THAT David Hogg. I am a proud to be an American. 16, in college, I respect the Constitution/2nd Amendment! I'm a hard worker saving for a car & to further my college education. I am not @davidhogg111.

The college-age Hogg began a GoFundme page to help him purchase a "very" used truck and a new lawnmower. He started the fundraiser, he said, because others told him they would start one without his permission.

"I didn't want someone to start one that had bad intentions or would try to pretend they are me," he explained.

Having surpassed his goal, he asked for no more donations.

"And one last thing, you can totally support the 2nd Amendment and be a Conservative and NEVER want another person hurt by a gun again," he wrote. "That is just another misconception out there!"

MSD's Hogg says he is not against the Second Amendment either. Gun rights advocates are begging to differ, considering the March for Our Lives rally, which he helped organize, has called for a ban on the AR-15 and demonized the NRA.