Trump Tells 'Crazy Joe' He Would Win a School Fight 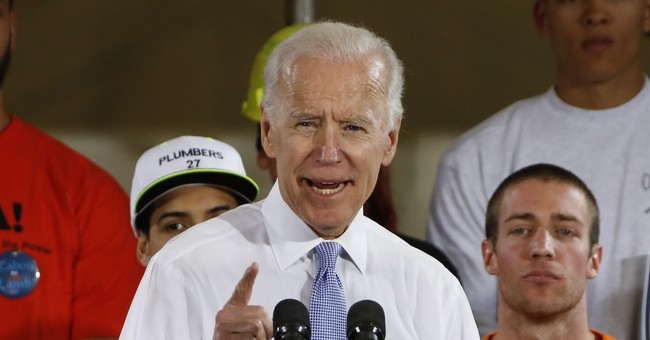 President Trump did not let former Vice President Joe Biden's repeated physical threats (no matter how jocose) go unanswered, tweeting Thursday that if he was to meet him in a fight, he'd be the clear victor.

On Wednesday, Biden told an audience at the University of Miami that if given the chance in high school he'd "beat the hell" out of Trump over the now infamous "Access Hollywood" tape. Biden made the remarks during a rally for his "It's on Us" campaign, intended to inform students how to combat sexualt assault on campus.

"They asked me if I’d like to debate this gentleman, and I said 'no,'" Biden told the students. "I said, 'If we were in high school, I’d take him behind the gym and beat the hell out of him.'"

He made a similar threat while campaigning for Hillary Clinton in 2016, noting that if he was in high school with Trump he would “take him behind the gym.”

Yes, our leading officials are bragging about who has the biggest muscles.

Total dysfunction. DC is about to add 1.3 TRILLION $ to your debt like it’s no big deal - and meanwhile both of our crazy uncles are fistfighting in the backyard. Happy Thanksgiving, America. https://t.co/qFfqdtJKkE