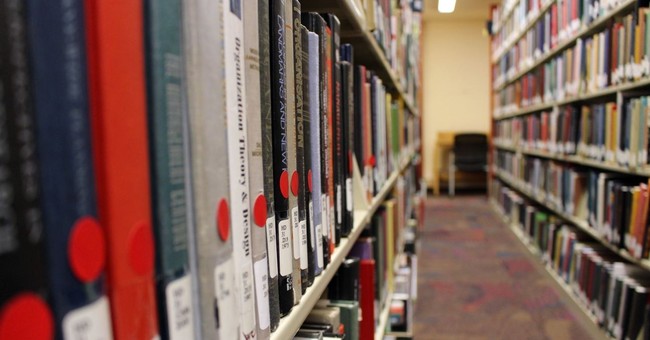 Lake Ingle spoke up in his Christian Theology class at the Indiana University of Pennsylvania last month to suggest there was no such thing as gender fluidity. God created male and female - and that's it. Oh, and there's no such thing as "mansplaining" and "white privilege."

Those remarks got him kicked out of class.

He wasn't just given a talking to. His teacher, Alison Downie, was so incensed that she tried to bully him into signing a document complying with her agenda, then stand in front of the class in silence and allow his classmates to respond to his "outburst."

When Ingle refused to agree to such an insult, she decided to deprive him of the credits he needs to graduate. She kicked him out of her class for on the grounds of "disruptive behavior."

Ingle spoke out, criticizing his teacher for denying him not only his education credits, but his First Amendment rights.

As of this week, Ingle has now been reinstated at the Indiana University of Pennsylvania. IUP President Michael Driscoll announced his decision at a press conference on Monday. However, he has mandated that a First Amendment expert of sorts will now be added to class for "monitoring" purposes.

Based on a review of governing policies, last week the student was informed that he is allowed to attend class. I hope he will be in attendance this week and beyond. To help ensure that a positive learning environment is maintained, I have asked a senior faculty member with significant experience in the First Amendment and a long career as a successful classroom teacher to join the class as a monitor and a mentor for all.

Still, in today's PC campus culture, let's chalk this up as a free speech win.

While the controversy was still brewing, Ingle got a wide range of advice from his defenders. Dr. Everett Piper, president of Oklahoma Wesleyan University, offered Ingle free tuition to take a similar class at his institution so he could graduate.

When Tucker Carlson learned about Ingle's embarrassing experience at IUP, the Fox News host encouraged the young man to drop out of school and join the workforce.