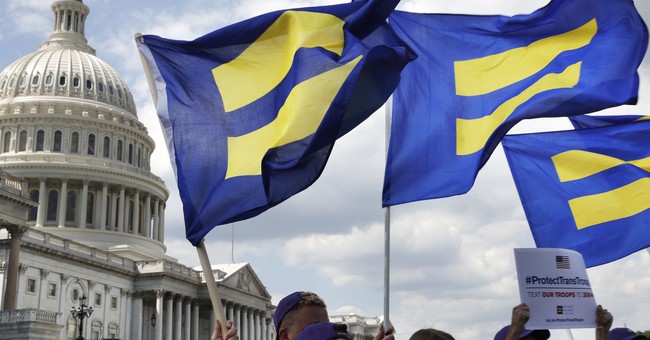 Last month, a young man named Lake Ingle was booted from his class at the Indiana University of Pennsylvania simply for suggesting there are only two genders: male and female. To make the story more absurd, it was a Christian Theology class.

Here was the offending exchange.

He told the class that the official view of biologists is that there are only two genders.

The feminist professor booted him from class and asked him not to come back. She referred him to the public university’s Academic Integrity Board (AIB). Ingle needs to complete the class to graduate at the end of the semester.

“You are barred from attending this class in accordance with the Classroom Disruption policy,” IUP Provost Timothy Moerland told Ingle in a March 2 letter. (Fox News)

He also debunked the gender pay gap theory, noting that even The New York Times has admitted that the statistic that women earn only 77 cents to every dollar a man makes is a bit farfetched.

Still, Ingle's teacher did not want to hear it.

Ingle does not believe his actions justified his punishment, telling Fox News that his teacher can not get away with bullying him.

“My professor is violating my First Amendment rights because of the fact that my views and ideology is different from hers,” Ingle said. “So she took it on herself to silence and embarrass me – bully me – for speaking up in class.”

Dr. Everett Piper, the president of Oklahoma Wesleyan University, is now offering Ingle free tuition to take the class he needs to graduate from his institution.

Ingle, clearly appreciative of the offer, told Everett it would be an "honor."