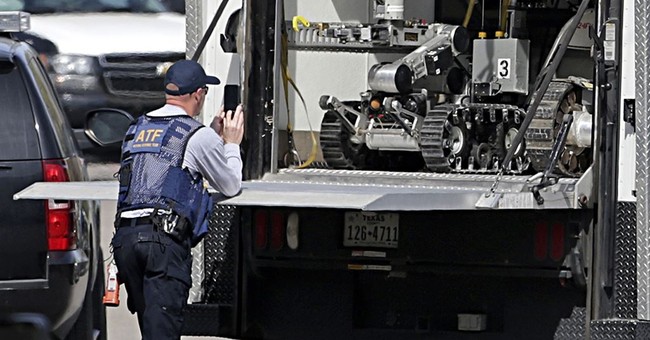 The Austin serial bomber is dead after blowing himself up moments after police approached his hiding place Wednesday. Still, he had already wreaked havoc on the city. In the past few weeks, he sent explosive packages to individuals' door steps, and set trip wires, killing two people and injuring four others in the process. The community was terrified.

The Austin Police and the Bureau of Alcohol, Tobacco, Firearms and Explosives searched the killer's house for clues as to a motive. In their sweep, they discovered a 25-minute recorded confessional.

Authorities reveal Austin bomber left behind a 25-minute recorded confession on his cellphone. @gabegutierrez has the latest on what police are learning about the Austin serial bomber pic.twitter.com/qbrgvkzIbF

"It is the outcry of a very challenged young man talking about challenges in his personal life," Tanley said.

He also "made comments" in the video to suggest he knew the SWAT team was closing in on him.

Identified as Mark Anthony Conditt, the bomber had no criminal record. He was homeschooled, but later had taken classes at Austin Community College and never graduated.

Authorities were able to catch Conditt after discovering he had used foreign "exotic" batteries bought online from Asia to make his explosive devices. They also followed cell phone tower analysis to narrow down their list of leads.

That pattern-based technology, used by the FBI’s cellular analysis survey teams, gave investigators the ability to identify mobile phones near the blast sites. Zeroing in on devices that showed up repeatedly, they came up with a list of phone numbers of people who were in the area of the bombings, senior federal law enforcement officials said.

Conditt's biggest mistake, however, was going to a local FedEx facility on Sunday to mail another package, disguised wearing a blond wig and gloves. It was all caught on camera.

He was found out. As authorities approached his vehicle and started banging on the window, Tanley said there was a "tremendous explosion."

The authorities deserve to be commended for stopping the killer. Still, the question remains over how Conditt was able to build his deadly devices.