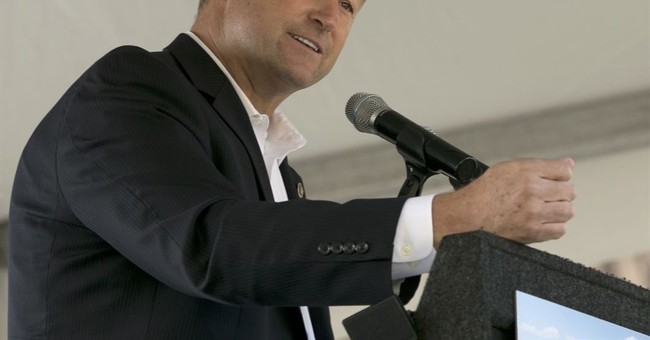 After a chat with President Trump, Las Vegas businessman Danny Tarkanian has changed his mind about running against Sen. Dean Heller (R) in Nevada. He will be redirecting his efforts toward the state's 3rd congressional district.

Trump confirmed that that was his wish on Twitter, while complimenting both men.

Trump sticking his neck out for Heller may have seemed out of the question last year. Trump publicly scolded the senator over the summer for waffling on the GOP effort to repeal and replace Obamacare. He did so while sitting right next to him at a White House lunch.

"He wants to remain a senator, doesn't he?" the president said, clearly meaning to the man to his right.

TRUMP to HELLER: "Look, he wants to remain a senator, doesn't he?" pic.twitter.com/LFiwuEY693

It now appears that Heller's rebellion on the Obamacare vote is long forgotten. It came at a good time too. In October, it was clear that Tarkarian was giving the senator a run for his money.