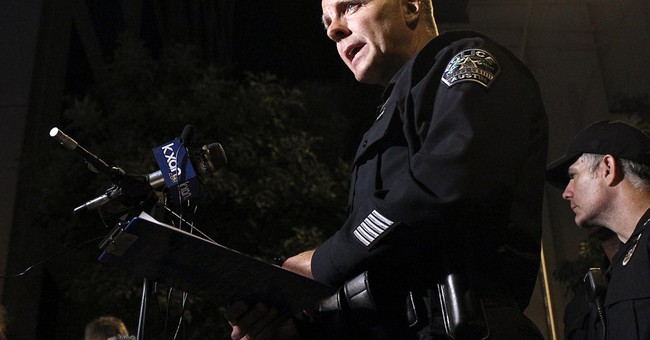 UPDATE: Texas Gov. Greg Abbott has offered a reward of $15,000 to anyone who can provide helpful information in the package bombings.

A $15,000 reward is being offered for information leading to the arrest of those responsible for Austin package bombings. https://t.co/6V5lC2DF39 pic.twitter.com/Y4dplcUsn8

Two explosions were reported in Austin, Texas Monday, killing a teenager and injuring two women. This is two weeks after a separate explosion in Austin.

Police held a press conference about the first explosion Monday.

Austin Police said they received a call about the first explosion in a neighborhood on the northeast side of the city around 6:45 a.m., after the 17-year-old resident found a package on the front step, brought it inside, and opened it in the kitchen where it exploded. (Fox News)

Just minutes after their briefing, another bomb went off, leaving a woman in her 70's with life-threatening injuries.

Austin Police Chief Brian Manley also said Monday's explosions were "very similar" to the one that occurred earlier this month. In that incident, a 39-year-old man named Anthony Stephan House was killed after a "device" exploded on the front porch of his home.

The FBI and the Bureau of Alcohol, Tobacco, Firearms and Explosives are currently working on finding out how the device was made and who made it.

In the meantime, Chief Manley has sent residents this urgent message.

??If you receive a package that you are not expecting or looks suspicious, DO NOT open it, call 911 immediately. RT- Help us spread this message. ?? https://t.co/j9bxbaaBce