Boom: Sarah Sanders Shuts Down Jim Acosta for Making Press Briefings About Himself 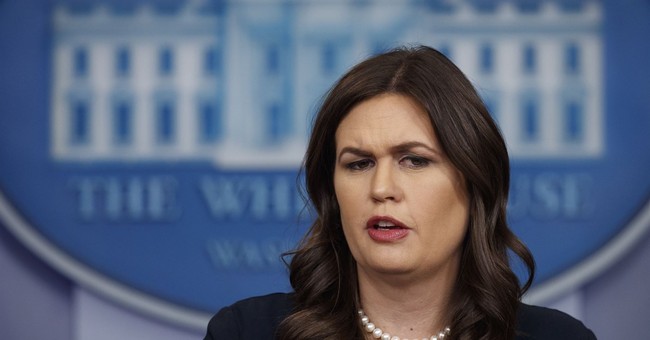 You know the name Jim Acosta because he makes so many scenes at the daily White House press briefings. Most of the time, it's due to his wanting to be called on by Press Secretary Sarah Huckabee Sanders. When he's not picked out of the crowd of reporters, he routinely complains about it on TV or on Twitter.

Last February, during a joint presser with President Trump and Israeli Prime Minister Benjamin Netanyahu, Acosta threw a fit when the two leaders called on conservative outlets Christian Broadcasting Network and yours truly, instead of acknowledging CNN's presence.

"The fix is in," he said after the press conference, as if the White House had colluded with the two outlets beforehand. (They hadn't).

Acosta was apparently was passed over again Monday for other reporters.

Third press briefing in a row that @PressSec did not take a question from CNN. #courage

Acosta responded that he wished Sanders had given the veterans time to take their questions.