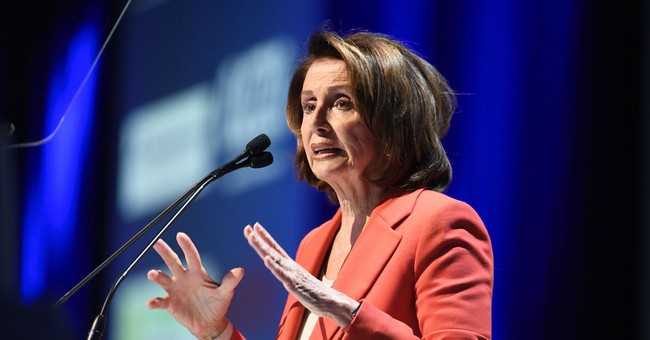 Nancy Pelosi is about to lose some progressive friends after deciding to endorse Rep. Dan Lipinski in his re-election bid in Illinois's 3rd congressional district. Lipinski, you see, is one of the very few conservative Democrats left. He has a record of opposing abortion, gay rights and Obamacare.

Asked at her weekly press conference Thursday if she supports him, Pelosi replied, "Yes, I do."

It is an endorsement even the Democratic Congressional Campaign Committee has refused to offer.

Other Democrats have gone one step further, endorsing his primary challenger, Marie Newman.

“This is not a rubber-stamp party,” Pelosi told The Washington Post in May, explaining she did not believe in a litmus test for Democrats on the issue of abortion.

That is a strikingly different tone than the one DNC Chair Tom Perez took last year.

"Every Democrat, like every American, should support a woman’s right to make her own choices about her body and her health," he said in a statement.

Mother Jones wondered why Pelosi would support Lipinski in the first place, considering he has not returned the favor. In 2011, 2013, 2015, and 2017, he voted against her in the House leadership races.

Looking ahead, progressive Democrats may want to think twice about shunning candidates who don't toe the party line.

"Dan Lipinski is the kind of candidate Democrats need more of for the party to win the House," Politico warned.