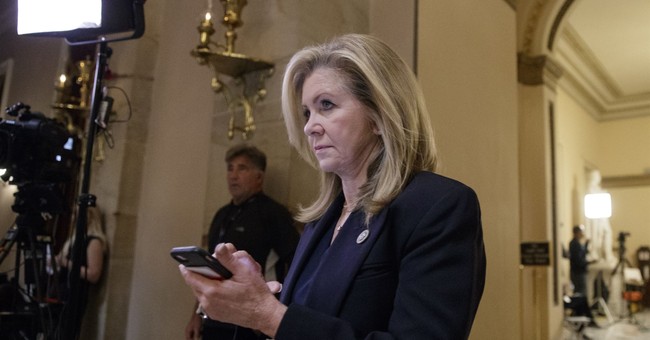 Sen. Bob Corker (R-TN) was reportedly reconsidering his decision to retire. He was having second thoughts after listening to colleagues urging him to stay in Congress, but his chief of staff Todd Womack said his boss has decided (again) to call it quits.

“He’s always believed and served as though he were only going to be in the Senate for two terms,” Womack told Politico Tuesday. “And he was willing to listen to folks but he really believes the decision he made in September was the right one and is going to be leaving the Senate at the end of the year.”

Shortly after Corker's initial retirement announcement, his colleague Sen. Marsha Blackburn put her name in the race. Even when rumor had it that Corker had changed his mind, Blackburn was unfazed. She told reporters she'd remain in the race no matter what and if that meant taking on Corker, she'd beat him too.

“We applaud Senator Corker for deciding not to reenter the race," Club for Growth PAC President David McIntosh said in a statement. "If Senator Corker was reassessing this race because he was worried about the Democrat winning, then we urge him to immediately endorse Marsha so that the party can unify behind one candidate.  There is no easier way to make sure that this seat stays in Republican hands than to avoid a bloody primary.

“Marsha has demonstrated immense strength as a candidate, so it’s time for Corker to stand in solidarity behind Blackburn."

Corker had been one of a handful of Republicans to spar with President Trump in recent months, at one point likening the administration to an "adult day care center," which got the approval of late night talk show hosts. He earned the nickname "Liddle Bob Corker" from the president. Sen. Blackburn, meanwhile, has been a vocal supporter of the Trump White House.

“I am running, and I’m going to win,” she told conservative radio host Hugh Hewitt earlier this month. “I think what Tennesseans want to see, Hugh, is a true conservative in the U.S. Senate. They want to see somebody there that is going to back Donald Trump and his agenda.”