Pelosi Suggests We Solve Border Security By 'Mowing the Grass' 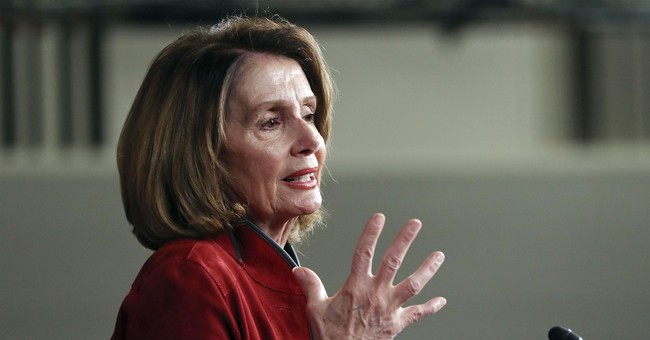 What is she talking about?

We know House Minority Leader Nancy Pelosi doesn't support President Trump's plan to build a wall along the U.S.-Mexico border, and to get Mexico to pay for it. That is "never" going to happen, she said.

"Let's sit down and talk this through and see what makes sense," Pelosi told the Arizona Republic this week, who may have expected her to offer a reasonable solution.

Instead of constructing a wall, why don't we just mow the grass, she offered.

"But let's talk about where a serious structure might be necessary, where fencing will do, or mowing the grass so people can't be smuggled through the grass," Pelosi said.

In sum: Get your lawnmowers out. Let's fix border security.

Pelosi has been sticking her foot in her mouth a lot lately. Despite pleas from members of her own party to stop exposing her elitist attitude, she continues to dismiss the GOP tax reform bonuses many Americans are receiving as "crumbs." She got heckled over the remarks this week at a town hall event, with attendees asking her, "how much are you worth?"

The midterms are eight months away. No wonder Republicans want her to keep talking.