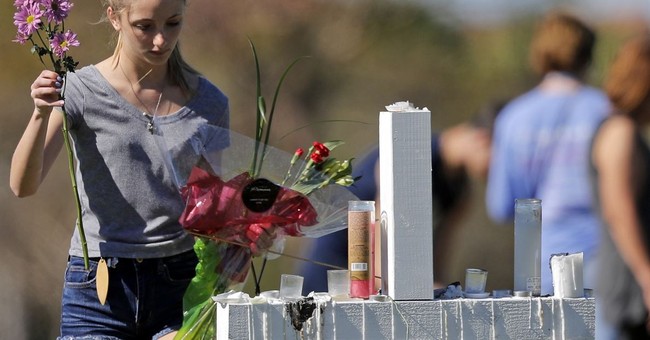 President Trump is expected to visit Parkland, Florida Friday to meet with the community that has been shattered in the wake of Wednesday's school shooting. A former student killed 17 people and injured over a dozen others when he opened fire on the school with an AR-15.

Trump tweeted his condolences and offered a few remarks about the tragedy Thursday. He then tweeted Friday that he would soon be on his way to Florida.

I will be leaving for Florida today to meet with some of the bravest people on earth - but people whose lives have been totally shattered. Am also working with Congress on many fronts.

Yet, some politicians like Broward County Vice Mayor Mark Bogen told the media he doesn't want Trump to make the trip.

“How can you come here and talk about how horrible it is, when you support these laws?” Bogen continued. “This is a man who supports teenagers and other people [being allowed] to purchase assault weapons…and then comes down here and wants to act as though this is horrible and shouldn’t happen, but goes back to Washington and supports it. It’s hypocrisy.”

Other liberal lawmakers and media outlets blamed the NRA, while those with a different perspective explained the shooter's actions are out of their control.

Rep. Steve Scalise (R-LA), who was shot at the congressional baseball practice shooting last summer, said there's no "magic law" that exists that would stop would be shooters from following through on their evil plans.

“If you think there’s some magic, unicorn law that’s going to stop it from happening," Scalise said, "just keep in mind that he violated probably dozens of laws already, including murdering people."