Train Carrying Lawmakers to GOP Retreat Involved in an Accident 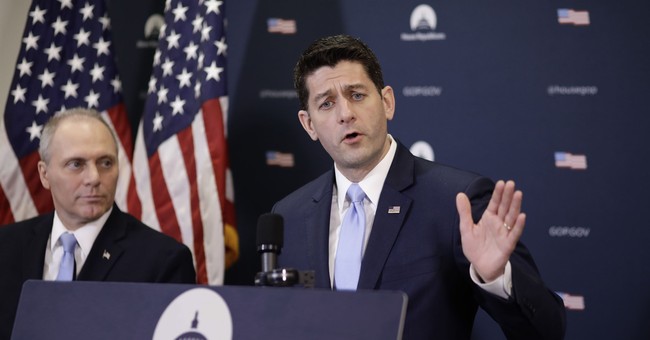 UPDATE (1:59 p.m.): The Amtrak train carrying the lawmakers went in reverse to Charlottesville, where they disembarked. They were transferred to a bus, which will take them onward to the retreat in West Virginia.

NEW: Spokeswoman for the Congressional Institute, which is sponsoring the retreat, confirms the following to @NBCNews:

UPDATE: Local news reports there has been at least one fatality and another in critical condition.

NOW: Amtrak train collides with garbage truck in Crozet. Nurse on scene reports at least one fatality and at least one in critical condition. NBC29 is on scene and will bring you more details as we get them. pic.twitter.com/eU0uYL0JQx

The annual Republican retreat is set to take place Wednesday in White Sulphur Springs, West Virginia. However, there appears to have been an accident as the lawmakers were en route.

NEWS: Per a GOP aide (via a member on the train), the train carrying members of congress to the GOP Retreat just had some kind of accident.

Said most ppl seem to be ok, but there also appear to be some injuries.

According to Politico's Jake Sherman, the train was involved in a collision.

NEWS — The train carrying GOP lawmakers to the retreat in West Virginia has collided with a dump truck. Initial reports indicate everything is OK.

Photos of the accident are being shared on Twitter. The driver of the dump truck appears to be injured.

From source on train: Reps. Larry Buschon, Roger Marshall, Brad Wenstrup are attending to drivers of the dump truck that was hit. Everyone in train apparently OK. Some other members and family on the train are praying.

Amtrak has released a statement noting there are no reported injuries to passengers or crew members.

Amtrak: An Amtrak train came into contact with a vehicle that was on the tracks at 11:20 a.m. in Crozet, Va. There are no reported injuries to passengers or crew members. Local law enforcement is investigating the incident and crews are inspecting the equipment for damage.

Lawmakers who are on the train have begun tweeting that they are safe.

The retreat features three full days of Republican representatives and senators discussing their 2018 agenda. Both President Trump and Vice President Mike Pence are expected to join them.