Want to Hear the Latest Fake News Story About Ivanka? 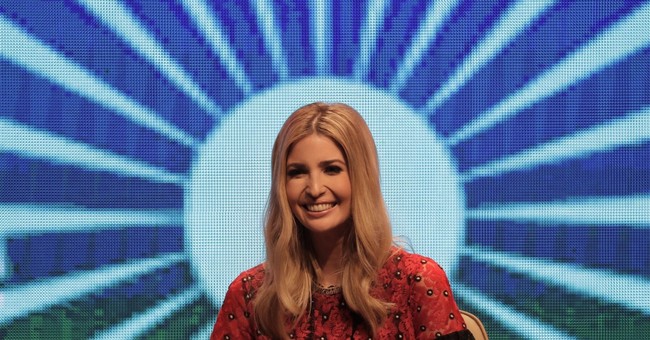 It's hard to keep up with the fake news reports about the First Family, but here's another doozy. Over the weekend, First Daughter Ivanka Trump apparently demanded a Spanish-American chef be kicked out of Cafe Milano in Washington, D.C., because his presence made her "uncomfortable."

In a new low for Washington, yesterday @chefjoseandres was asked to leave the Alfalfa dinner after-party at @CafeMilanoDC by its owner, Franco Nuschesse, apparently because his presence made Ivanka Trump uncomfortable (Cafe Milano is the watering hole of the Trump Admin).

"Ivanka walked in ahead of him, not comfortable with his presence," Guajardo said in a follow up tweet.

His message was "corroborated" by Andrés, who played victim.

Thank you @CafeMilanoDC Franco Nuschese! I was a guest of the #alfalfaclubdinner2018 “everyone”welcome to the after party, but I’m the only individual not allow in? Is because @IvankaTrump told you so? You should be ashamed of yourself Franco.@washingtonpost pic.twitter.com/iJ5wQM18Z6

There's one detail that got overlooked. The restaurant explained that despite the uproar, there was no malice intended. The restaurant was rented out for a private event, and Trump had no influence on the guest list.

. @chefjoseandres, you are always welcome at @CafeMilanoDC when we are open and in fact, I will host you and toast to all your successes.I am sorry for the misunderstanding.Last night the restaurant was closed for a private Alfalfa Dinner after party...1/2

Of note, the dinner and after party are different guest lists. Also, Ivanka Trump had no role on determining event attendees. Franco 2/2

Ivanka must be getting tired of these rushed reports. Since her dad became president, she has been accused of unfairly representing the U.S. abroad, plagiarism, and complicity.

I'm sure Chelsea would get the same treatment.