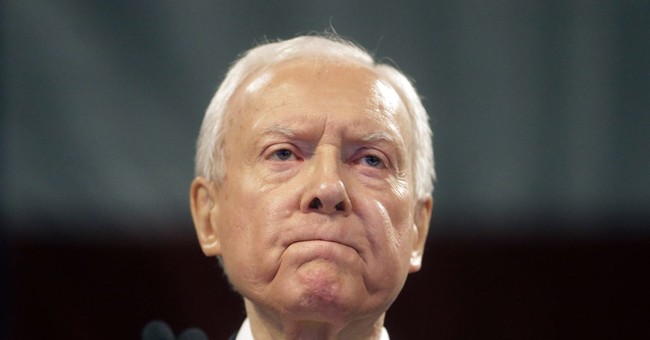 I am disappointed that tonight, 46 Senators voted against a motion that would have respected the majority of Americans' convictions- including those of @POTUS Trump- by refusing to advance a bill that would restrict abortions on babies when they are capable of feeling pain. pic.twitter.com/9O5ubm35B7

The Pain-Capable Unborn Child Protection Act, which bans abortion after 20 weeks, failed to pass the Senate Monday. The legislation passed the House of Representatives last year, but Democrats derailed it today in the upper chamber, with a final vote of 51-46.

Sen. Orrin Hatch (R-UT) could not understand how his colleagues on the other side of the aisle could be so heartless.

"I am truly shocked by those who declare it 'extreme' to oppose late-term abortions that we know to cause fetal pain," Hatch said in a statement. "The facts on this matter are indisputable: Democrats have willfully ignored science for the sake of political expediency. As for myself, I was proud to vote for the Pain-Capable Unborn Child Protection Act, and I am eager to continue fighting on behalf of the unborn."

"A majority of senators have voted to end the barbaric practice of late-term abortion," said Ashley McGuire, a Senior Fellow with The Catholic Association. "This reflects the will of the American people, an overwhelming majority of whom want to ban the gruesome procedure. Regularly referred to as "common ground" for both pro-choices and pro-lifers, this is a common sense and moderate measure that only brings the United States in line with most other developed nations that have long banned it. Sadly, Democrats still in the grip of the powerful abortion lobby refuse to let America take this important step forward."

Polling and science is on their side. The majority of Americans want limits on abortion after the first three months of pregnancy. As for science, it tells us that babies at the 20-week mark can suck their thumbs and can feel pain.

Infants born as early as 21 weeks-old have survived outside of the womb.

Today's vote keeps us in some pretty unfortunate company.

There are only 7 countries left that still permit elective abortion after 20 weeks—including the US, China, and North Korea. That’s why the #Senate will soon vote to take up commonsense legislation to protect unborn children who can feel pain.