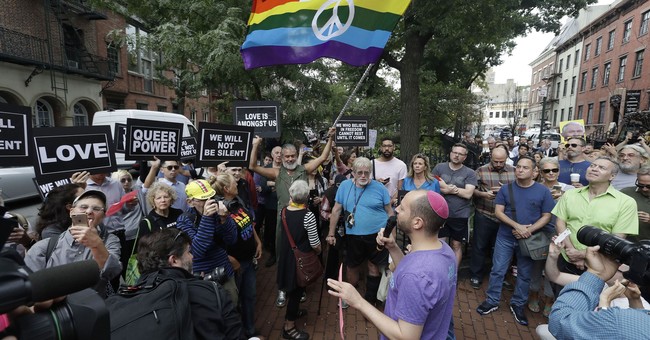 A law in Mississippi called the Protecting Freedom of Conscience from Government Discrimination Act, enacted in April 2016, notes that the state can not punish citizens, public servants, businesses, and religious institutions who oppose same-sex marriage, homosexuality and transgender rights.

It is the "worst" law in the nation, according to some LGBT groups, who were hoping the Supreme Court would strike it down. They received bad news Monday when the Court turned away challenges from Barber v. Bryant and Campaign for Southern Equality v. Bryant.

A federal district judge issued a preliminary injunction against the law in June 2017, an act which the U.S. Court of Appeals for the Fifth Circuit quickly reversed.

“HB 1523 fails to honor the tradition of religious freedom in America — instead, it allows people to use religion as a license to discriminate," according to Masen Davis, CEO of Freedom for All Americans. "The LGBTQ community remains in harm’s way every single day that this law is in effect, and we are committed to working with our legal partners to strike this draconian measure once and for all.”

Alliance Defending Freedom, a nonprofit organization that is part of the legal team representing Gov. Phil Bryant in the cases, argued that the Mississippi law had been misinterpreted.

“The 5th Circuit was right to find that those opposing this law haven’t been harmed and, therefore, can’t try to take it down,” Kevin Theriot, senior counsel at Alliance Defending Freedom, said in a statement. “Because of that, we are pleased that the Supreme Court declined to take up these baseless challenges, which misrepresented the law’s sole purpose of ensuring that Mississippians don’t live in fear of losing their careers or their businesses simply for affirming marriage as a husband-wife union.”

The Supreme Court did hear a case centered on religious freedom last month. After the oral arguments in Masterpiece Cakeshop v. Colorado Civil Rights Commission, the Court appeared to be divided on whether a Christian baker had the right to deny service to a same-sex couple.