Wow: The Dems' Special Election Nominee in PA Is Not a Fan of Pelosi 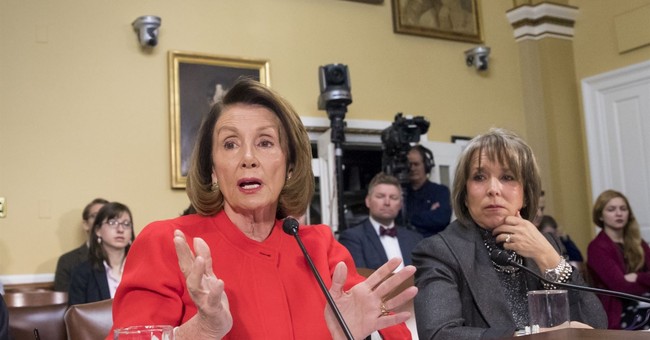 Republican Rep. Tim Murphy's resignation creates a prime opportunity for Democrats to take a battleground state seat. The Western Pennsylvania Democrats have selected a young, 33-year-old nominee named Conor Lamb, a former federal prosecutor and Marine veteran. The only thing is, it seems Conor Lamb will not want House Minority Leader Nancy Pelosi on the campaign trail with him.

"My take is, if these people have been around for several years and they haven't solved these problems that have been hanging around, it's time for someone new to step up and get it done," Lamb said of the veteran representative.

Lamb not only criticized Pelosi and other senior lawmakers for being in Congress for too long, but for not having much to show for it.

Lamb may be distancing himself from Pelosi because of what happened to Jon Ossoff, the Democratic candidate in the Georgia special election. Ossoff was hamstrung by charges he would be another rubber stamp for the establishment. Her "starring" role in the election hurt the young Democrat's chances.

Republicans are already using the same tactics against Lamb.

Lamb is Pelosi’s "handpicked candidate who will be nothing more than a foot soldier in her liberal war on America," Congressional Leadership Fund President Corry Bliss said in a statement.

Lamb will square off against Pennsylvania Republican state Rep. Rick Saccone on March 13.

Rep. Murphy resigned in October in the wake of extramarital affair revelations.