Scientists Analyze the Carbon Footprints of Our Beloved Superheroes 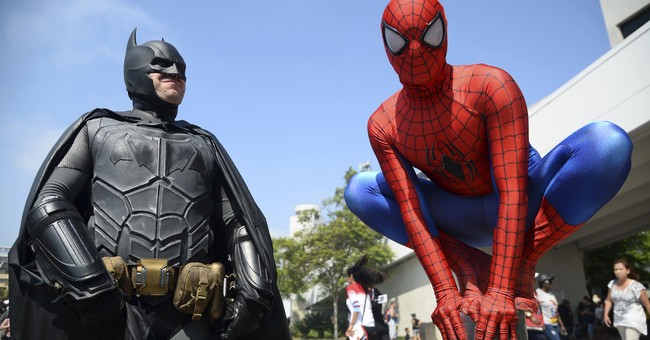 We all have our favorite superheroes. Mine happens to be Spider-Man. Like anyone who shares an admiration for those guys and gals in capes, I was a bit bummed to read Sarah Kaplan's latest piece in The Washington Post that exposed one major vice common among these heroes. They are apparently contributing to global warming.

This is an actual article on page A5 of today's Washington Post. pic.twitter.com/kh5n0vjdgr

Kaplan was reporting on Miles Traer's research at the annual American Geophysical Union meeting, held this year in New Orleans. In his analysis, Traer discovered that the nine most famous comic book superheroes use way too many fossil fuels in their quest for good.

"Traer and two colleagues have calculated the carbon footprints for nine heroes from the comic book canon - and realized that Earth might be better off if those nine stopped trying to save it," Kaplan shared.

Take the Flash, for example.

"To run at the speed of light, the Flash would need to consume 59,863,610,416 calories per second - the equivalent of a 12-foot-tall hamburger every week. That adds up to nearly 90 million pounds of carbon dioxide per year. Meanwhile, flying alone would require Batman to burn the fossil fuel equivalent of 344 plane rides from New York to San Francisco."

Traer and his team did offer solutions to the caped heroes. The Flash can go vegetarian, they suggest.

They actually took time to calculate this. Not my idea of productivity, but hey I'm not a scientist.

At least one superhero appeared to gain the scientists' praise. Superman should be commended for using solar energy, Traer concluded. But, during the day Clark Kent wasted paper working as a journalist in print media.