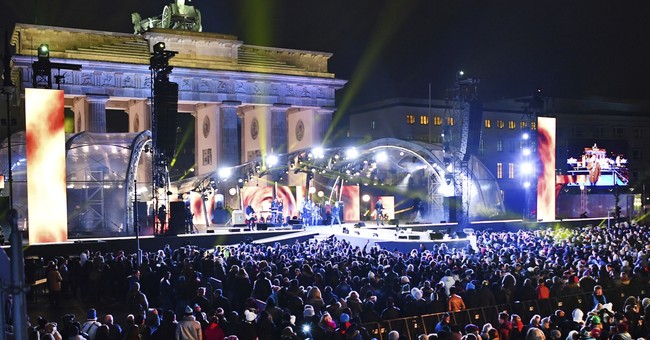 The 2015/2016 New Year's Eve celebration in Germany was a place of nightmares. Over 1,000 women were reported to have been sexually assaulted by refugees who had streamed into the country in 2015 thanks to Chancellor Angela Merkel's dangerous open door policy.

More than 2,000 men were alleged to have been involved, and about half of the suspects identified at the time were refugees who had only recently arrived in Germany, the Washington Post reported. The attacks appeared to be coordinated.

Cologne was a particular target, with 600 cases having been reported.

In 2017, there were far fewer cases because Germany sent thousands of additional police officers to the festivities. The government also passed much stricter sexual assault laws.

This year, Berlin hoped that by creating "safe zones" they could protect women from similar nightmare scenarios. At these zones, located near the Brandenburg Gate, women could report incidents of sexual assault, seek refuge, or seek medical help from the German Red Cross after having been attacked themselves.

"[Assaulted women] can stay here and calm down or speak to someone trained to offer psychological support,” said Anja Marx, the spokeswoman of Berlin's main New Year's Eve celebrations. Up to five members of a German Red Cross team will be available to offer immediate support to victims. (Washington Post)

Despite the effort, at least 13 cases of sexual assault have been reported to have occurred this New Year's Eve.

Over 1 million people arrived in Germany in 2015 as part of German Chancellor Angela Merkel's open door decision. It became tragically clear that they were pouring over the border much too quickly. Merkel's inability to handle the refugee crisis has led to her tanking popularity.