Horror: The Attacks on Women In Germany On New Year's Eve Were Worse Than We Thought 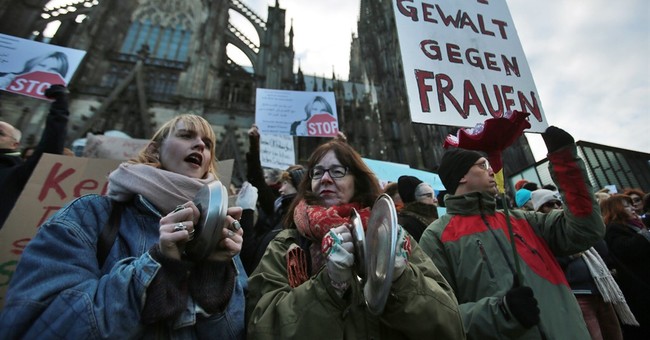 On New Year's Eve, Germany and the rest of the world was shocked after hundreds of women reported being sexually assaulted by refugees throughout the country. Now, the story gets worse: it turns out the actual number of assaults on New Year's Eve is in the thousands, and it's believed that very few of the perpetrators will ever face justice.

According to leaked documents, more than 1,200 women were assaulted by over 2,000 men. A good portion of these men were "recent arrivals" to Germany. There have been four convictions so far. Germanys sexual assault law (which has since been toughened) meant it was extremely difficult to convict someone for groping or for being part of a group attacking a woman.

But numbers that are now emerging are likely to shock a country still coming to terms with what happened in Cologne more than half a year ago. According to a leaked police document, published by Germany's Sueddeutsche Zeitung newspaper and broadcasters NDR and WDR, the previous estimates have to be dramatically revised — upward.

Authorities now think that on New Year's Eve, more than 1,200 women were sexually assaulted in various German cities, including more than 600 in Cologne and about 400 in Hamburg.

More than 2,000 men were allegedly involved, and 120 suspects — about half of them foreign nationals who had only recently arrived in Germany — have been identified.

Germany's new law will also make it easier to deport someone who is convicted of sexual assault. Immigration activists, however, aren't thrilled about this as deportation would be a "double punishment" for the assailant.

Despite the clear evidence that not all refugees are in Germany with good intentions, some Germans are maintaining almost absurdly welcoming attitudes to try to keep the peace. One German woman, who was sexually assaulted by a refugee, admitted she lied about her attacker's ethnicity as to avoid backlash against refugees.