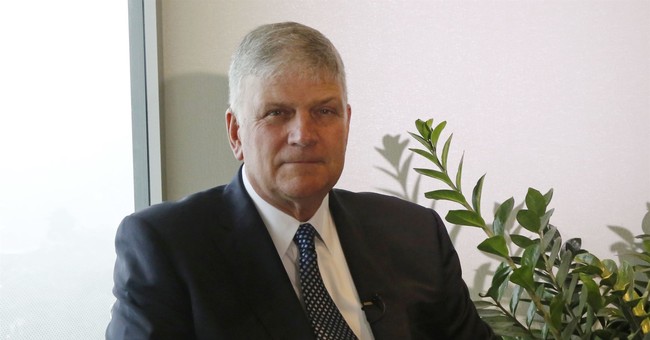 Remember when Rosie O'Donnell was the charming, friendly and fun host of a daily talk show? Sigh, those were the days. In her latest political rant on Twitter, the actress/comedian got straight to the point with House Speaker Paul Ryan on what she thinks of his tax reform bill. It had something to do with his being a fake Christian.

"paul ryan - don't talk about Jesus after what u just did to our nation - u will go straight to hell u screwed up fake altar boy," she told him.

Evangelist Franklin Graham, son of the beloved pastor Billy Graham, posted a message on his Facebook he hoped would get O'Donnell's attention. In it, he explained that mortals cannot control heaven and hell, yet shared his hope that Jesus would change her heart, and clean up her language.

Graham went into more detail about his plea for O'Donnell in a segment on "Fox & Friends."

"I want Rosie to know" that Jesus died for our sins, he told the Fox anchors. "Rosie, if you're watching, I hope you put your faith and trust in Christ."

Graham said he doesn't have faith in the political system or the Republican or Democratic Party - only in God. But, he urged viewers to pray for the president and others in authority.

O'Donnell's Twitter is full of ire for Republicans. Even Rep. Steve Scalise (R-LA), who survived the horrific gun attack at the congressional baseball practice over the summer, wasn't safe from her vitriol. He was a "f***ing liar" for voting yes on the bill, she wrote, before reminding him that his life was saved over the summer so why not "do something with it."

"Bless your heart," he responded.