Report: House Republicans on Intel Cmte Are Investigating the FBI and DOJ 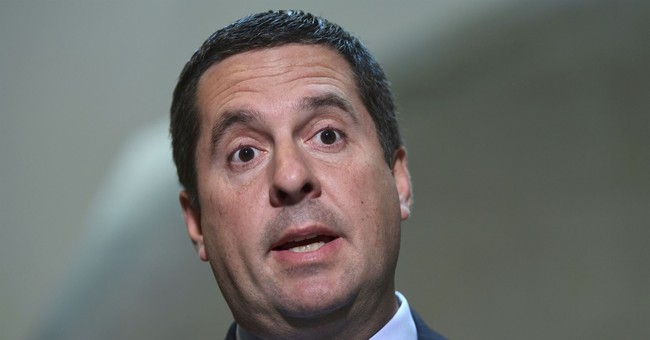 Republicans' suspicions about the FBI's anti-Trump bias has reached a boiling point.

Well, it turns out he is - along with a group of his Republican colleagues on the intel committee.

The people familiar with Nunes' plans said the goal is to highlight what some committee Republicans see as corruption and conspiracy in the upper ranks of federal law enforcement. The group hopes to release a report early next year detailing their concerns about the DOJ and FBI, and they might seek congressional votes to declassify elements of their evidence. (Politico)

In recent weeks, reports have come to light that agents at the FBI had engaged in anti-Trump dialogue and had given former Secretary of State Hillary Clinton special treatment. The DOJ is also the center of their investigation for how they handled a dossier tying Trump to the Kremlin. Can you blame Republicans for wanting to make sure these agencies are not operating with an anti-Trump agenda?

Still, Rep. Adam Schiff (D-CA), Nunes's Democratic colleague on the intelligence committee, sees no integrity in the Republican effort. It is a "pernicious" attempt to undermine the agencies, he said.

Politico says the investigation was done "quietly" and the Republicans "gathered secretly" to collect their information, but Nunes insists it was "no secret."

The group of Republicans leading the investigation are expected to release their findings early next year.