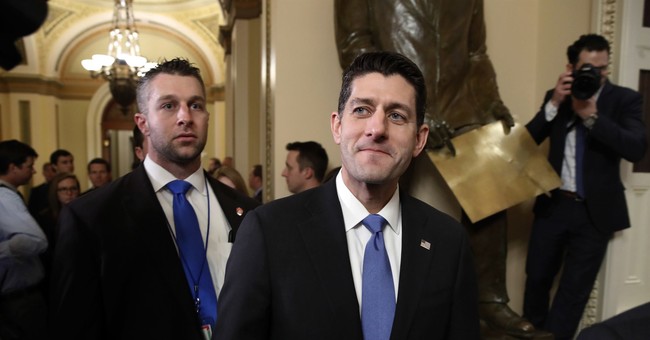 House Speaker Paul Ryan is basking in the GOP's historic vote on tax reform. Well, at least he was until "TODAY" show anchor Savannah Guthrie tried to rain on his parade. The morning after both the House and the Senate voted to pass the $1.5 trillion tax bill, Ryan found himself defending its merits in an interview with the NBC journalist.

Guthrie was skeptical that the bill was going to do what Ryan suggested - benefit American workers.

“I’ll ask you plainly, are you living in a fantasy world?” Guthrie wondered, getting straight to the point.

Ryan seemed determined not to let her ruin his good mood.

“Surveys would show the vast majority of businesses are going to do just what we say, reinvest in their workers, reinvest in their factories, pay people more money, higher wages,” he responded, citing the National Association of Business Manufacturers.

Guthrie challenged Ryan to justify the provision in the bill that will slash the corporate tax rate from 35 percent to 21 percent. She showed a clip of a recent Wall Street Journal conference of CEOs, where they were asked if they would reinvest that money if tax reform passes. Only about half the room (if that) raised their hands.

Why aren’t large corporations creating jobs now, considering they are already sitting on a “ton of cash,” Guthrie wondered. Ryan explained much of that cash – $3 trillion worth – is “sitting overseas” because of our tax laws. Tax reform will remove those barriers, he said.

Then, he suggested, perhaps all of those hands will go up.

Guthrie also switched topics by asking Ryan about the string of sexual assault allegations against President Trump. You can watch the whole interview below.

The tax reform bill passed both the House and Senate, the latter passing early Wednesday morning. However, after Democrats declared that two provisions in the House version don't comply with budget rules, the House will be voting again on Wednesday.