Sen. McCaskill Hid Her Plane Records for Some Reason 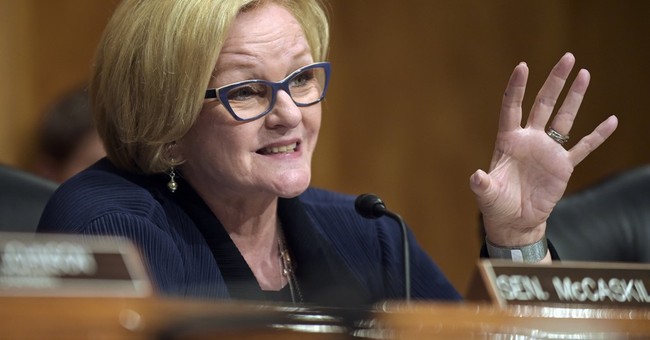 Sen. Claire McCaskill (D-MO) is not exactly the most frugal member of Congress when it comes to transportation. She spent about $21,000 in just three months using her private plane during her re-election campaign, the Washington Free Beacon reported last month.

While she supposedly convinced her husband to sell that now infamous plane, they then bought an even more expensive one. Its record of logged miles are hidden from the public, according to the Federal Aviation Administration.

The company hired by McCaskill to operate the plane, a 2009 Pilatus PC-12/47E, wrote to the FAA earlier this year in April to ask that tracking information on the plane be blocked from the public, according to email records obtained by the Washington Free Beacon through a Freedom of Information Act request.

McCaskill’s campaign spokeswoman Meira Bernstein said the request to hide the plane records was made by Aero Charter, not her boss.

"The plane is regularly chartered out to other users, and my understanding is that Aero Charter made this decision to protect the privacy and security of users," Bernstein said. "Claire has been completely transparent about her use of the plane and no taxpayer or campaign dollars are ever used for the plane."

Voters take these things seriously. When it was revealed how HHS Secretary Tom Price took advantage of his position to leave taxpayers with thousands of dollars in airfare, the backlash was so fierce he was quickly pressured to resign.

He took non-commercial flights that amounted to tens of thousands of taxpayer dollars.