Hints that Flynn's Team Is Now Cooperating With Mueller Investigation 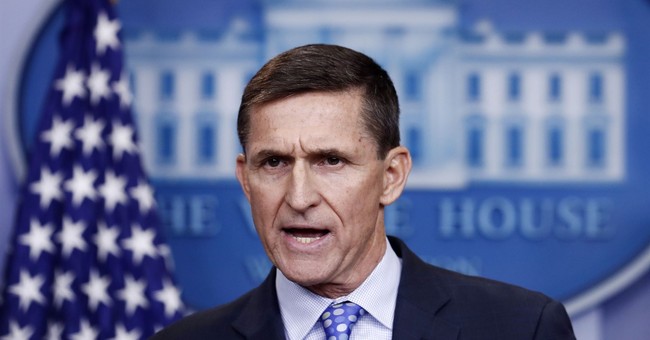 Former National Security Adviser Michael Flynn's team of lawyers will no longer be working with Trump's defense team during special counsel Robert Mueller's investigation into Russian meddling. They had been sharing information up until this point.

That may mean, The New York Times muses, that Flynn's team is cooperating with the Mueller investigation. The only reason for the split would be a conflict of interest.

The Times reportedly has four sources to confirm the split. If true and Flynn is cooperating with Mueller, it could result in a much more scrutinized look into the Trump campaign.

A deal with Mr. Flynn would give Mr. Mueller a behind-the-scenes look at the Trump campaign and the early tumultuous weeks of the administration. Mr. Flynn was an early and important adviser to Mr. Trump, an architect of Mr. Trump’s populist “America first” platform and an advocate of closer ties with Russia.

Yet, as the editors notes, this split could also mean that some lawyers are no longer information-sharing because they have begun negotiating with prosecutors.

Flynn was fired earlier this year for misleading Vice President Mike Pence about his contacts with Russian Ambassador Sergey Kislyak.

Mueller's team has already indicted Paul Manafort and his associate Rick Gates for money laundering and conspiracy against the United States, and former Trump foreign policy adviser George Papadopoulos  for lying to the FBI about his contacts with Russian officials. Trump campaign wast not named in the first indictment and Trump has dismissed Papadopoulos  as a "low-level volunteer" on his campaign.