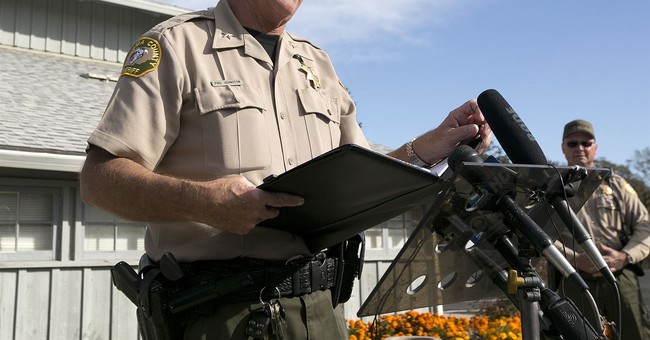 New details are emerging about the gunman who opened fire near an elementary school and six other locations in northern California Tuesday, killing four people - two of whom were children - and wounding 10 others. He was shot and killed by police.

Tehama County Assistant Sheriff Phil Johnston said Wednesday authorities found the body of Kevin Neal’s wife in the floorboards inside their home. Neal's shooting spree killed five and injured 14 others. Neal was ultimately killed in a shootout with police.

“We believe that’s what started this whole event,” Johnston said, adding officials had been searching for Neal’s wife -- who was only identified as dead during a Wednesday news conference -- under suspicions that something might have happened to her.

“[We believe he] cut a hole in the floor and literally put her body in the hole," Johnston said, adding they believe she was killed Monday.

Neal was out on bail after being charged with stabbing a neighbor. Other members of the community reported a domestic dispute and said he had been firing hundreds of gun shots in recent days.

Family members says Neal had a history of mental illness and was not permitted to purchase firearms while on bail. Reports reveal that the two semi-automatic rifles he used in the rampage were manufactured illegally at his home.

The search for a motive continues, but Johnston thinks the suspect “was just on a rampage and I think he had the desire to kill as many people as he could.”