Roy Moore Didn't Say This in His Defense Did He? 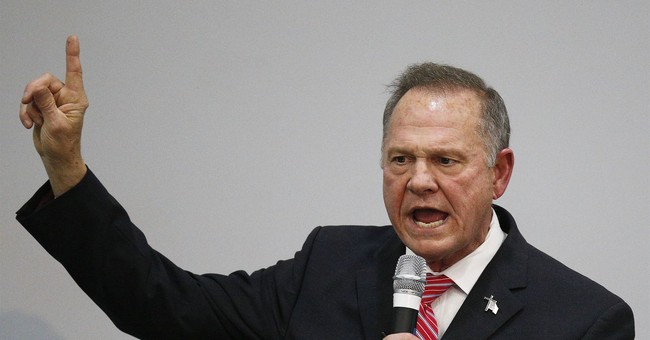 Alabama Senate candidate Roy Moore used a very poor choice of words recently when speaking out against allegations he sexually assaulted minors when he was in his 30s. He is being "harassed" by the media, he told a crowd in Walker Springs Road Baptist Church in Jackson, AL Tuesday night.

He couldn't have found a better word?

"Why do you think they're giving me trouble? Why do you think I'm being harassed by media, and by people pushing forward allegations in the last 28 days in this election," he told an audience at a church conference in Jackson, Alabama, which was broadcast live on several channels.

"I'm the only one who could unite Democrats and Republicans," he added, drawing laughs from the crowd. "Because I seem to be opposed by both. They've spent over $30 million trying to take me out." (The Hill)

Moore has not only lost several endorsements in light of the unnerving sexual misconduct reports, but some top Republicans have also asked him to get out of the race. Senate Majority Leader Mitch McConnell said he believes Moore's female accusers and called for the Republican candidate to "step aside." They are actively looking for a write-in replacement, he said.

Furthermore, Moore is finding no help in wife Kayla, who with her misleading accusations against her husband's accusers has turned into "a factory of misinformation," as Guy notes in his most recent post on the matter.

Moore, however, rejects all the charges and has no plans to exit the special election race.