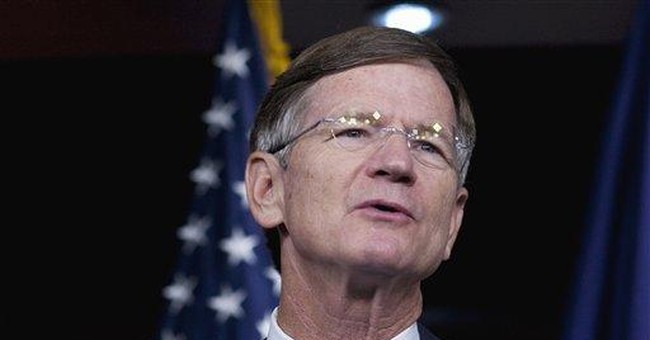 Rep. Lamar Smith (R-TX) has announced his retirement from Congress.

He released a statement to his constituents signaling his intentions.

House Science Chair & 16-term TX GOP Rep @LamarSmithTX21 won't seek reelection in 2018: "This seems like a good time to pass on the privilege of representing the 21st District to someone else." pic.twitter.com/CykWZTIfrN

Smith, who served in Congress for three decades, is the chair of the House Science, Space & Technology Committee.

Another Texas Republican, Rep. Jeb Hensarling, announced his own plans to retire this week, as did GOP Sens. Bob Corker (TN) and Jeff Flake (AZ). Both senators have been very critical of President Trump.

Here's a full list of Republicans who will no longer walk the halls of Congress after 2018.