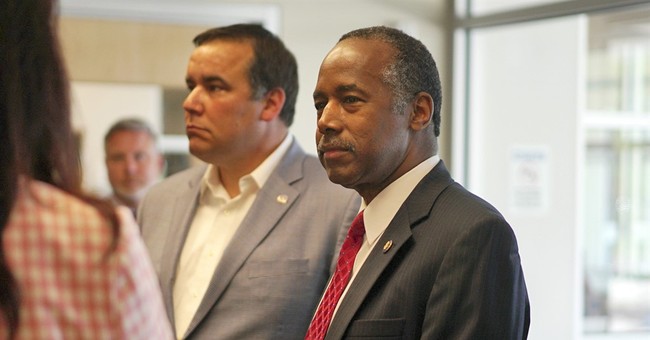 Rep. Maxine Waters (D-CA) had intended to talk about the current housing crisis in America at Thursday’s House Financial Services Committee hearing with HUD Secretary Ben Carson. Yet, after seeing President Trump’s tweets this morning on Puerto Rico, she questioned Carson on the administration’s efforts on the hurricane-ravaged island.

Trump tweeted early Thursday that Puerto Rico's infrastructure was a "disaster" before the hurricanes hit and insisted that we cannot keep FEMA, the military and the first responders on the island "forever."

Waters interpreted the tweets as a "shaming" of Puerto Rico and asked Carson if he agreed with the president that Puerto Rico deserves to be "abandoned."

"I certainly agree that Puerto Rico is a very important territory and the people have contributed" to American culture, Carson began, before being interrupted.

Waters kept demanding whether he agreed with the president's tweets. Should Puerto Rico be abandoned and shamed for its own plight?

"Of course it should not be abandoned," Carson said, after the third round of interrogations.

"I'm glad to hear you don't agree with the president," she finished.

Trump was criticized for his seeming delayed Puerto Rico response, but did eventually send military aid to the region, as well as lifted the shipping restrictions of the Jones Act, allowing the transportation of fuel and supplies. The region, however, is still in desperate need of resources, as 80 percent of the island is still without power.