Girl Scout Leaders Outraged: The Boy Scouts House Is Not in Order 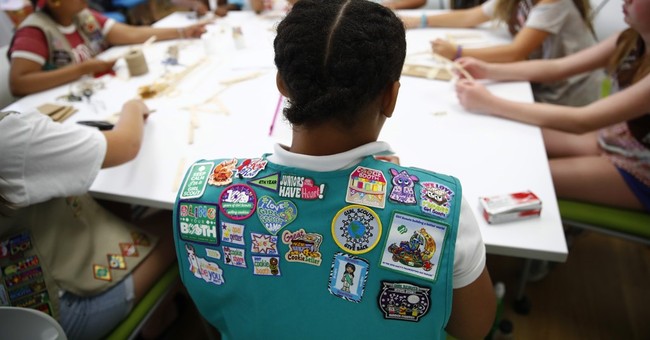 The Boy Scouts of America made a controversial announcement Wednesday. In a unanimous decision among the leadership, girls will be allowed entry into the Eagle Scout program. The decision comes after the group allowed transgender children into their Cub Scout programs this past January. In their announcement, the Boy Scouts assured parents that Cub Scout dens will not be co-ed.

The group claims that parents kept signaling they were open to and even encouraging the change.

"We believe it is critical to evolve how our programs meet the needs of families interested in positive and lifelong experiences for their children," Michael Surbaugh, the BSA’s Chief Scout Executive, said in a press release.

Girl Scout leadership doesn't exactly see it that way and is not as eager for the evolution.

"The Boy Scouts' house is on fire," a Girl Scouts spokesman told ABC News. "Instead of addressing systemic issues of continuing sexual assault, financial mismanagement and deficient programming, BSA's senior management wants to add an accelerant to the house fire by recruiting girls."

That first concern is obviously the most significant. Boy Scouts have been plagued by sex abuse scandals over the years. There are decades of allegations - not only of scout leaders harassing scouts, but of top executives refusing to report the behavior.

In August, the Girl Scouts of the USA President Kathy Hopinkah Hannan penned a letter accusing the Boy Scouts of recruiting girls just to improve their abysmal enrollment numbers. She noted that the move would be "dangerous" and "reckless."

Nevertheless, the Boy Scouts will begin allowing girls into its Eagle Scout program next year.