Brokaw: Gun Store Changes May Be to Blame 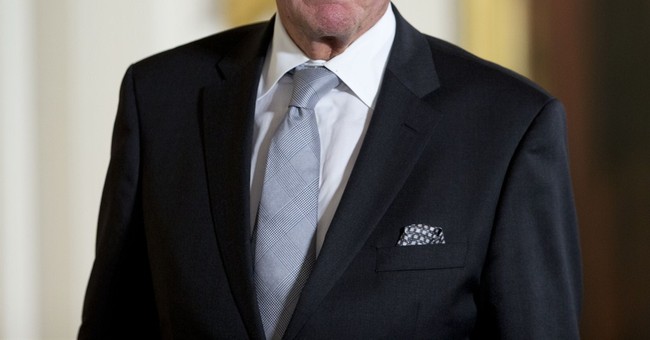 Veteran journalist Tom Brokaw told the TODAY show anchors Monday morning that in the years he reported for the program from 1976-1981, he covered just one mass shooting. With the Las Vegas massacre now the deadliest mass shooting in U.S. history, he suggests the more frequent attacks are a result of radical gun sale changes.

The average interval between deadly mass shootings was a decade until this past year. This time, it took only 15.5 months for a mass shooting to surpass the Pulse nightclub death tally. In the Orlando night club attack, 49 people were killed. In Vegas, the number is 50 and counting.

WATCH: “No other Western nation has the number of gun deaths that we have in America, and we need to talk about it.” -@tombrokaw pic.twitter.com/DEtruid8rS

“This is time for a national dialogue,” Brokaw said.

What the journalist was especially concerned about was the power in the weapon the Vegas shooter used during the rampage.

“You listen to those weapons – they’re on full auto at that point,” he said. “Where did he get that kind of a gun?”

The shooter's brother asked the same thing, noting that he had no military background.

“Not an avid gun guy at all...where the hell did he get automatic weapons? He has no military background,” gunman’s brother says pic.twitter.com/EMSKLQGYFM

You can now buy an AR-15 at gun stores, Brokaw wondered aloud.

The reporter, who's "owned guns all his life,” noted that the Montana gun store he frequents used to sell just 30 30s and high-powered sporting rifles. Now, he said, "they’ve got racks of these adapted military weapons.”

Brokaw quoted former Army General Stan McChrystal, who warned that civilians should not be permitted to buy these kinds of weapons, which are designed to do one thing – kill people.

“No other Western nation has the number of gun deaths that we have in America, and we need to talk about it,” he said.