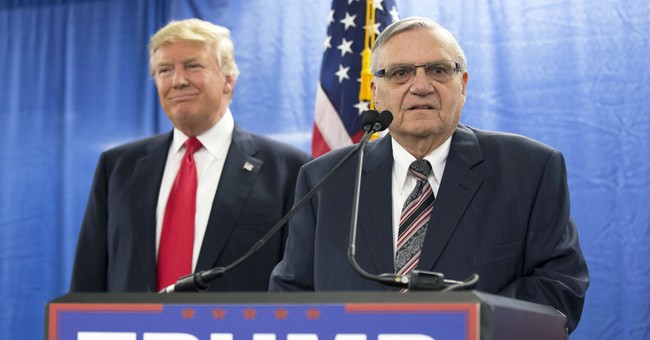 U.S. District Court Judge Susan Bolton convicted Arizona Sheriff Joe Arpaio this summer for refusing to obey a court order. He was told to stop targeting individuals in Maricopa County that he suspected of being illegal immigrants, and didn't. That conviction may still hold, despite President Trump's pardon of Arpaio last month, Bolton explained in a filing on Thursday.

In the document, Bolton uses Nixon v. United States to explain to the DOJ how they are obligated to convince her why she should overturn Arpaio's conviction. The presidential pardon, which was issued before the sheriff's sentencing, only voids the punishment.

“A pardon does not revise the historical facts but rather merely eliminates certain future punishments that might otherwise be imposed on the pardoned individual as a result of those facts…Since the very essence of a pardon is forgiveness, a pardon implies guilt, and thus, it does not obliterate or erase that guilt or the fact of the commission of the crime or the conviction thereof. Thus, a full pardon generally does not entitle the recipient to have its criminal history record expunged.”

She wants the government to file an additional brief meeting her demands.

Arpaio is a despicable man who has for years harassed, detained and imprisoned countless Latinos simply because of their ethnicity. Arpaio is neither a "patriot" nor "worthy" of special treatment; he's a criminal and a bigot.

The president's decision to pardon the controversial sheriff proves Trump is "legitimizing discrimination," he argues.

Judge Bolton asked the DOJ to respond to her request by Sept. 21.