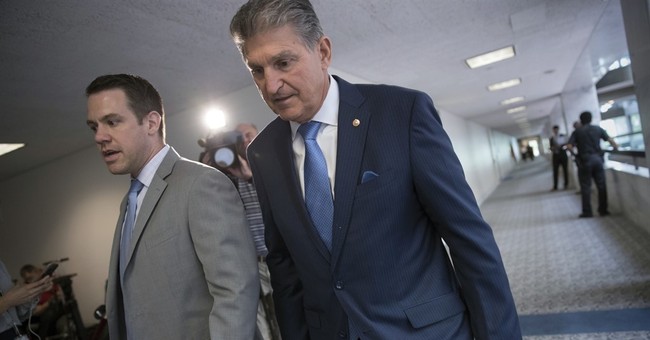 Sen. Joe Manchin (D-WV) was one of three Democratic senators to attend a dinner meeting with President Trump to discuss tax reform Tuesday evening. Manchin told the anchors this was the first time he has ever been invited to a sit-down dinner - with any president.

It went well, he told CBS News the morning after.

It was a very "open" and "engaging" discussion, he noted, particularly when the president brought up tax reform.

"I think they're very aggressive on this - they want it done," he acknowledged. "They want it in a bipartisan way. I thought it was very good for them to reach out to us."

Manchin told the anchors that Trump was adamant when he said the new tax plan "is not going to be a tax cut for the super wealthy."

They also agreed that they cannot add to the debt. Any plan must be focused on fiscal responsibility.

"We've got to find the middle for the sake of this country," he said.

Trump seems to be under the same impression, considering his guest list for dinner Wednesday night. Senate Minority Leader Chuck Schumer and House Minority Leader Nancy Pelosi were both invited. Up for discussion is health care, DACA and tax reform.

Republicans have been surprised as of late that Trump has been reaching out to top Democrats. But, his supporters say he is justifiably frustrated with the GOP for failing to repeal and replace Obamacare.

Yet, House Speaker Paul Ryan is hopeful that they can get something done, telling reporters Wednesday that Congress hopes to have tax reform enacted by the end of the year.

Trump sure hopes so. He told them to "move fast."