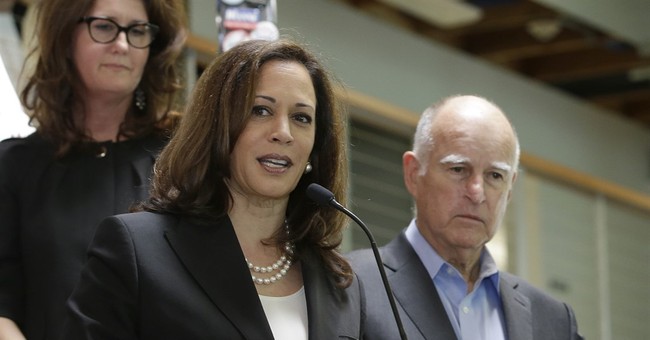 Sen. Kamala Harris (D-CA), the former attorney general of California, has a knack for causing us to question her credentials. Last month, she told President Trump he should not have pardoned Arizona Sheriff Joe Arpaio because he had committed a crime. The thing is, people are only eligible for pardons if they've committed a crime or been convicted of one in the first place. It is Pardon 101.

Well, Harris is at it again with her questionable knowledge of the law - this time on the topic of illegal immigration.

For Attorney General Jeff Sessions to suggest that Dreamers are anything other than lawful is irresponsible. @TheLastWord

The youth who benefit from DACA came here with their parents, and as such many would agree that they shouldn't be punished for their parent's crimes. However, they are still here illegally. Key word illegally. That is, by definition, breaking the law.

Nevertheless, Harris pledged to defend DACA during a meeting with young undocumented immigrants.

“If the vast majority of people who are expressing opinions about this issue had the opportunity to meet our Dreamers, they would understand it’s just the right thing to do,” she said.

How many more gaffes will we hear from her on her way to 2020? Since she's hinted once or twice she's ready to take the torch for the Democrats.

Democratic attorneys general from 15 states and the District of Columbia have sued the Trump administration for its plans to rescind DACA. The White House gave Congress a six-month window for a chance to make DACA constitutional.