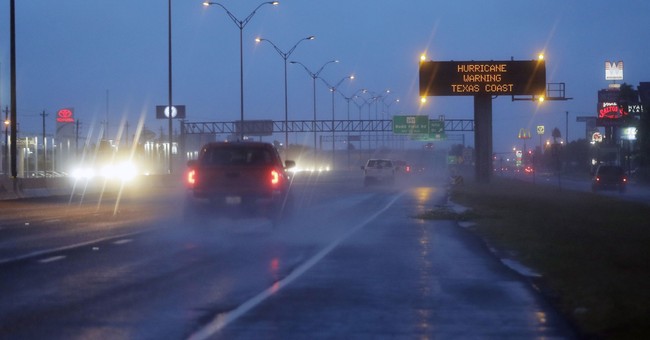 Hurricane Harvey is expected to hit Texas hard Friday. Thousands are fleeing the Gulf Coast area after hearing reports that it is going to be the worst storm to hit the Lone Star State in two decades.

In years past, Border Patrol has closed checkpoints in light of severe weather. For instance, the agency temporarily suspended enforcement measures ahead of Hurricane Matthew in 2016 and Hurricane Isaac in 2012. That's not the case this year. Texas Border Patrol announced that its checkpoints will remain open.

“Border Patrol checkpoints will not be closed unless there is a danger to the safety of the traveling public and our agents. Border Patrol resources, including personnel and transportation, will be deployed on an as needed basis to augment the efforts and capabilities of local-response authorities,” the agency said in a statement.

While they are sympathetic to people's safety, they cannot abandon their law enforcement duties, CBP explained.

“By keeping checkpoints open, the Border Patrol is putting undocumented people and mixed-status families at risk out of fear of deportations,” Lorella Praeli, director of immigration policy at the American Civil Liberties Union said in a statement.

Praeli suggested that bigotry and discrimination may be behind the "disgusting" decision.

“Everyone, no matter the color of their skin or background, is worth saving,” she said.

The worst part of Hurricane Harvey, which was recently upgraded to a Category 3, may not be the storm itself, many meteorologists are predicting, but the catastrophic flooding to come.