So, Now Corporations Are People? 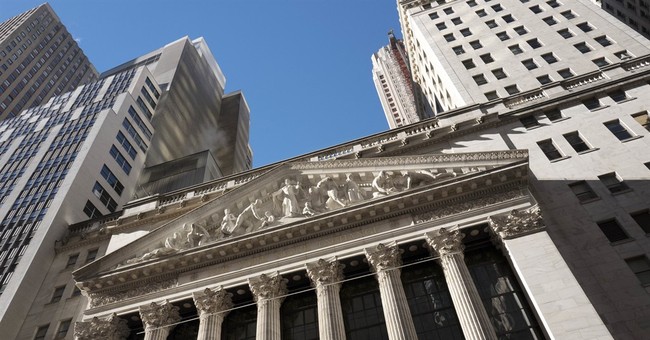 Progressives have never been fans of big corporations. That is, until those same corporations spoke out against the president in the aftermath of a violent white nationalist rally in Charlottesville, VA.

Vox and the NYT both ran pieces about how corporations are the new voices of morality. https://t.co/qFi8DvnYtJ https://t.co/bwRq78Lqet pic.twitter.com/6nJh6PA4HF

The New York Times was wondering the same thing. (It's amazing how one rebuke against President Trump can turn you into the media's hero.)

Amid this turbulence, a surprising group of Americans is testing its moral voice more forcefully than ever: C.E.O.s.

After Nazi-saluting white supremacists rioted in Charlottesville, Va., and President Trump dithered in his response, a chorus of business leaders rose up this past week to condemn hate groups and espouse tolerance and inclusion. And as lawmakers in Texas tried to restrict the rights of transgender people to use public bathrooms, corporate executives joined activists to kill the bill.

These and other actions are part of a broad recasting of the voice of business in the nation’s political and social dialogue, a transformation that has gained momentum in recent years as the country has engaged in fraught debates over everything from climate change to health care.

Among those heroes who called out the president were Walmart Chief Executive Doug McMillon, JPMorgan's Jamie Dimon, and General Motors Chief Executive of Mary T. Barra, all of whom have called for more "tolerance," "the equal treatment of all people," and unity.

The Times went on to explain how large corporations have slowly but surely become more inclusive. They acknowledged and praised companies for hiring refugees, speaking out against hiring discrimination, welcoming gay employees, etc.

"None of this is to say that all corporate leaders are now beacons of morality," the Times is sure to note later in the piece. Yet, more corporations are "unafraid to act" to pursue a progressive social agenda.

This is the same media who in 2012 excoriated Republican presidential candidate Mitt Romney for saying, "Corporations are people, my friend.” It reinforced his out-of-touch eliteness, they said.