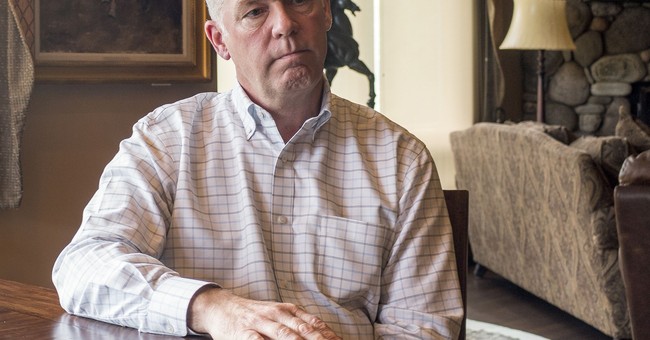 The controversy wasn't enough to derail his campaign, as Gianforte went on to win the special election against Democrat Rob Quist the very next day.

Yet, he is now facing the consequences for his aggressive behavior. Justice Court Judge Rick West has ordered the representative to have his fingerprints taken and to pose for a mugshot, demanding Gianforte report to the Gallatin County Detention Center to be booked for the assault charge by Sept. 15.

If he fails to show, his absence “shall be treated as contempt of court and a warrant will be issued for [his] arrest,” West wrote.

As the Montana Billings Gazette points out, the mugshot would surely be used as campaign fodder for his opponents in next year's election.

His counsel is considering an appeal.

"Greg remains focused on meeting with Montanans from all of the state's 56 counties and being a strong voice for Montana in Washington," Gianforte spokesman Travis Hall wrote in an emailed statement. "Attorneys are reviewing the order and considering options for appeal."

Gianforte resisted having his mugshot taken, because, he points out, he was never formally arrested.