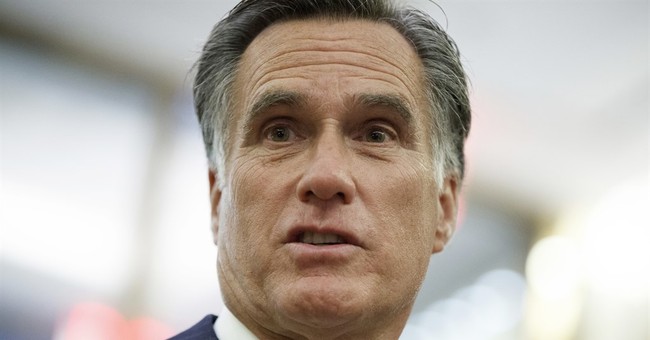 JUST IN: Mitt Romney says President Trump should apologize for his statements on Charlottesville pic.twitter.com/sRVuDfJwuP

Mr. President,you can't allow #WhiteSupremacists to share only part of blame.They support idea which cost nation & world so much pain 5/6

Romney is no stranger to criticizing Trump's rhetoric. Before the former governor of Utah was considered for Trump's secretary of state, he gave an infamous speech during the 2016 campaign in which he defined Trump as a "phony" and a "fraud" and accused him of "playing the American public for suckers."

Former Presidents George H. W. and George W. Bush also weighed in on Trump's Charlottesville response with a statement some say was much stronger and clearer.

America must always reject racial bigotry, anti-Semitism, and hatred in all forms. As we pray for Charlottesville, we are reminded of the fundamental truths recorded by that city’s most prominent citizen in the Declaration of Independence: we are all created equal and endowed by our Creator with unalienable rights. We know these truths to be everlasting because we have seen the decency and greatness of our country.