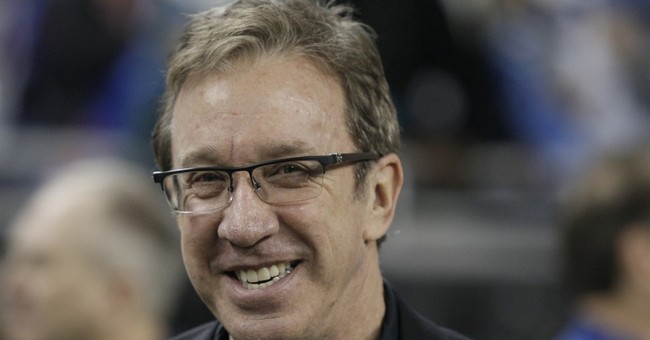 When Tim Allen was a guest on Jimmy Kimmel in March, he made a few jokes about liberal Hollywood. If you don't believe what they believe, he noted, you are ostracized. He likened the culture to Nazi Germany.

A couple of months later, his ABC sitcom "Last Man Standing" was cancelled.

Stunned and blindsided by the network I called home for the last six years. #lastmanstanding

Conservatives loved the show because Allen's character routinely mocked liberalism, political correctness, and Democrats like Hillary Clinton. He had also told Fox News's Megyn Kelly last year that liberals like to call Trump a bully, but they have no problem intimidating others if they support the president.

"It gets a little bit hypocritical to me,” Allen told Kelly.

Despite Allen's conservative leanings, ABC Entertainment president Channing Dungey said politics was the last thing on her mind. Instead, she cited contract concerns.

“Politics had absolutely nothing to do with it — we have actors on our shows who have all sorts of different political views,” Dungey said at the Television Critics Association’s summer press tour on Sunday.

“Tim Allen is a valuable part of the Disney ABC family and has been for a very, very long time,” she continued. “‘Last Man Standing’ was a show that, several years running, kind of came up to the very end in terms of the renewal, which was the same case this year.”