Congressional Black Caucus Demands Sessions Resign...But He Has at Least One Defender 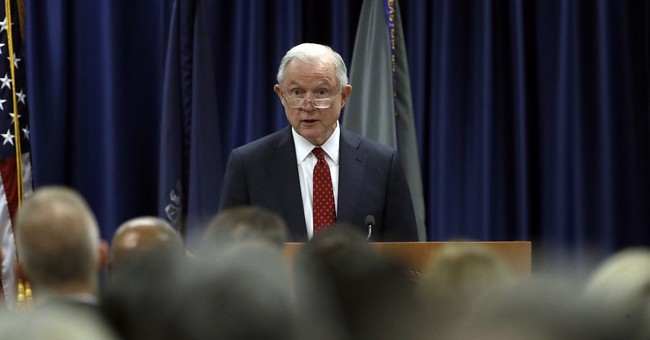 Reports are escalating that President Trump is ready to fire his Attorney General Jeff Sessions.

In recent days, Trump has not hidden his frustration that Sessions decided to recuse himself from the Russia investigation, perceiving it as a sign of weakness. The president was also angered by Sessions's refusing to investigate Hillary Clinton's alleged crimes. He even tweeted that his attorney general was "beleaguered" this week.

One conglomerate that would be happy to see Sessions gone is the congressional black caucus. In a statement released Tuesday, the caucus insists the attorney general cannot be trusted after "lying" about his prior meetings with Russian officials.

The caucus is referring to a meeting Sessions failed to disclose with Russian Ambassador Sergey Kislyak during last year's presidential campaign. Sen. Al Franken (D-MN) is demanding he testify again before the Senate Judiciary Committee.

Sessions may feel backed into a corner, but he is not without his defenders. Sen. Lindsey Graham (R-SC) praised Sessions as a true conservative, while telling the president he was acting inappropriately.

Jeff Sessions is one of the most decent people I’ve ever met in my political life. (1)

Jeff Session is a rock-solid conservative, but above else he believes in the Rule of Law. He understands we are a nation of laws, not men. 2

Rep. Richard Shelby (R-AL) echoed Graham on Fox News Tuesday. Sessions, Shelby said, is a "a man of integrity" and the White House certainly "needs" more people like him.