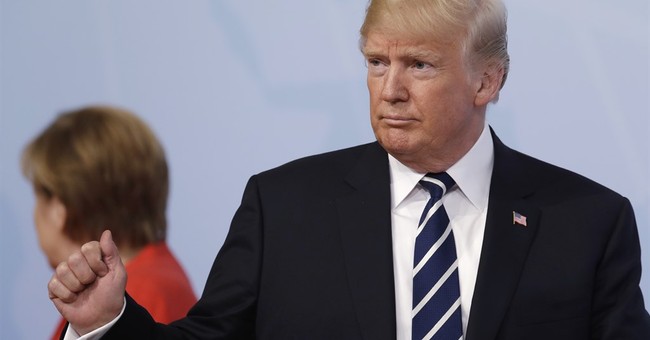 The economy is in pretty good shape, according to last month's labor statistics. Heck, the numbers even exceeded analysts' expectations.

The Labor Department's Bureau of Labor Statistics also said the number of employed Americans -- which set records in February, March and April -- set another record in June, at 153,168,000 employed.

The unemployment rate remains at 4.4 percent. It could get down to 4.0 percent by January 2019 if it continues to fall at the same rate it did from the end of 2015 to the end of 2016, according to the Economic Policy Institute's projections.

The labor force participation rate rose 0.1 percent to 62.8 percent. In its report, the BLS excluded Americans who are retired, students, homemakers, the disabled, and any other individuals who have stopped looking for employment.

“With President Trump in the White House, Republicans have already taken historic steps to roll back damaging regulations that have discouraged investment, dragged down our nation’s productivity, and left too many workers waiting for better employment opportunities.

“Our action so far is only the beginning."

He added that Republicans are planning to improve these numbers by enacting meaningful tax reform.

Conservative groups were amused that the mainstream media was actually providing the president some positive coverage, for a change.

Had no idea NBC was capable of positive 'real news' about Trump administration. Baby steps. https://t.co/gMjRVfW7rm

Hot Air's Ed Morrissey, however, explains why we shouldn't pop the champagne quite yet, noting that Republicans have yet to put much of their economic agenda into place.