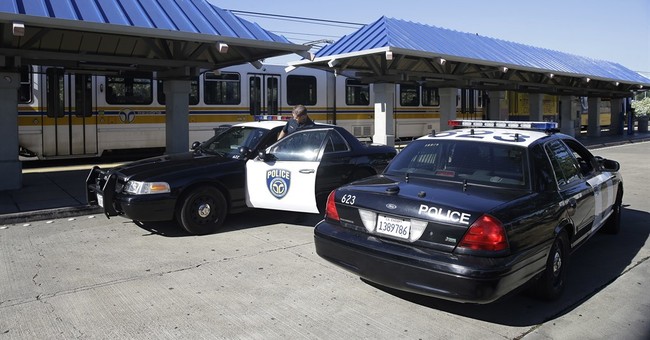 An active shooter situation is underway in New York City at the Bronx-Lebanon Hospital Center, not far from Yankee Stadium. Three doctors have been shot, according to Fox News, who is speaking to authorities.

Early reports indicate the shooter was dressed in doctors' clothing. He apparently snuck an M16 rifle into the hospital under a lab coat.

Additionally, a fire has been reported on the 16th floor, where the shots rang out.

The suspect is believed to be a former doctor at the hospital, according to police. He was let go from his job two years ago.

UPDATE: The shooter is dead, according to the NYPD.

#NYPD: "One shooter is deceased at the hospital." https://t.co/RaEhAUS8jj pic.twitter.com/KkMgJcaNnW

UPDATE (4:38 p.m.): The gunman killed one person before killing himself, according to the Associated Press.

UPDATE (Matt): Mayor Bill De Blasio held a press conference, describing today's shooting as a real tragedy. He thanked God that this was not an act of terrorism. It seems to be a workplace-related matter, but added that it doesn’t make this incident any less tragic or horrible.

The mayor said that one doctor is dead, with several others fighting for their lives. The shooter, Dr. Henry Bello, killed himself, but not before doing horrible damage. He added that our hearts go out to the family of the victim who was killed and to those who were injured.

De Blasio also noted the many acts of heroism that occurred during this act of horror, thanking first responders and the police who rushed toward the danger to protect the hundreds of people in the building. There was also a fire that complicated matters, but the city’s fire department addressed that situation immediately.

All the personnel at Bronx Lebanon hospital responded with bravery as well. The mayor said there would be another opportunity in the coming hours to provide more details, but there’s still a lot of information that the authorities are piecing together. They’re not in a position to answer questions yet.