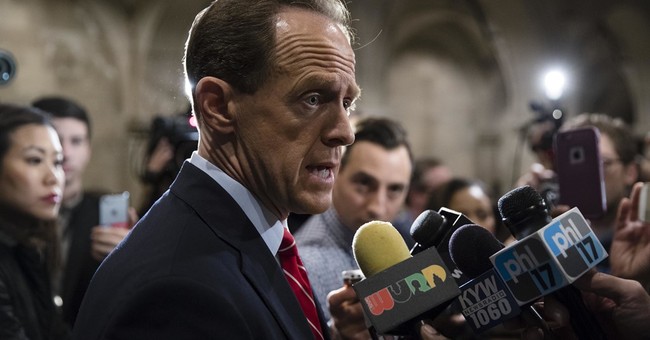 The halls of Congress were filled with protesters Wednesday afternoon demanding their elected representatives vote against the GOP’s new health care bill currently stalling in the Senate. The most energized demonstrators camped out in front of Pennsylvania Sen. Pat Toomey’s (R) office.

Some held signs reading, “Trumpcare Equals Death,” while others chanted, “Kill the bill, don’t kill me!” A select few had a more direct plea, "Please Sen. Toomey don't let me die. Sen. Toomey will you kill me?"

As you can see, some protesters got so disruptive that they had to be removed by police.

Elsewhere on the hill, some reporters are photographing protesters with severe illnesses who are camped outside of Sen. Tom Cotton's (R-AR) door.

The Senate GOP has delayed a vote on their health care bill to replace Obamacare until after the July 4 recess. However, members are working furiously to agree on a deal by Friday.