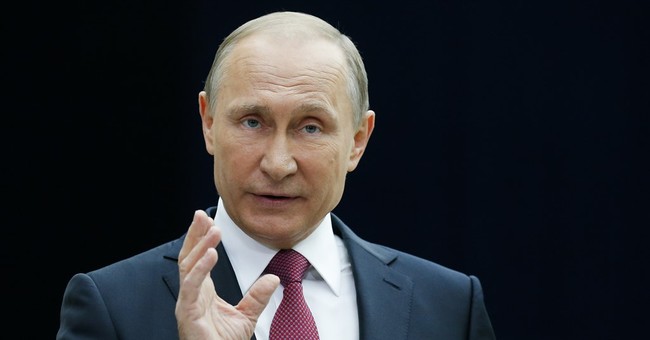 In his Direct Line appearance on state TV Thursday, Russian President Vladimir Putin mocked FBI Director James Comey. Comey testified before the Senate Intelligence Committee last week regarding his observations into the investigation into Russia’s interference in the 2016 election, revealing that kept memos about his meetings with President Trump because he questioned his judgment. The Russian leader said, frankly, that it was “weird” that Comey jotted down these personal notes.

"It makes him not a security service director, but a civil activist advocating a certain belief," Putin said.

Putin compared Comey to Edward Snowden, the former NSA contractor who leaked government secrets to the media. Like Snowden, Putin mockingly noted that Comey could find a political asylum home in Russia.

"By the way, if he faces any kind of prosecution in this regard, we will provide political asylum in Russia for him as well, he added. "He should be aware of that."

Putin also sounded off on the U.S. Senate’s plans to impose new sanctions on Russia, calling it “utterly groundless.”