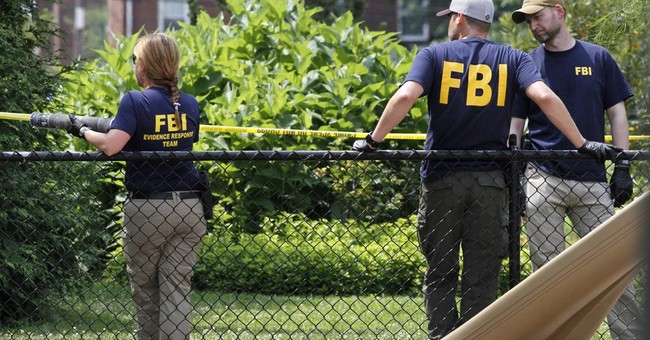 Politicians, pundits, and concerned citizens have been pointing fingers at who’s to blame for Wednesday’s attack at the congressional baseball practice in Alexandria, VA. Five people were sent to the hospital with gun wounds, including congressional staffers, Capitol Police officers, and Rep. Steve Scalise (R-LA), who remains in critical condition at MedStar Washington Hospital Center.

Rep. Jack Bergman (R-MI) is under the impression that the media is partly to blame for what compelled 66-year-old James T. Hodgkinson from firing on a field of Republican lawmakers. Hodgkinson was a Bernie Sanders supporter who was very critical of President Trump and the GOP, his Facebook page revealed. Surely, Bergman argued, the endless stream of headlines had something to do with the shooter's actions.

When asked if the current state of hateful rhetoric is the media's fault, Bergman responded, "I think the media is complicit if they keep inciting as opposed to informing."

Anchor Melissa Francis followed up by asking if the media should not report on hateful statements.

"No, that's not what I said," Bergman responded. "I just think you need to make sure that you think twice about how your words, inflections and phrases are going to affect all the people who might see it."

After seeing what The New York Times’ editorial board served up Wednesday, many would be apt to agree with Bergman’s assessment. In their write up, the editors revisited an old conspiracy theory that suggested Sarah Palin's political action committee prompted a shooter to attack Rep. Gabrielle Giffords (D-AZ) in 2011 by publishing a map that targeted electoral districts. The Times issued a correction for that particular passage on Thursday.

Other lawmakers, like Rep. Joe Crowley (D-NY), are partly blaming the president for what occurred Wednesday. "Much of the tone" that led to the shooter's actions "is set by the president himself," Crowley argued. House Minority Leader Nancy Pelosi also suggested Trump's rhetoric is a source of the attack.

"We have a president who says, 'I could shoot someone on 5th Avenue and nobody would care,'" she said, referring to President Trump's campaign. "When you have people saying, 'beat him up and I'll pay your legal fees.' When you have all of the assaults that were made on on Hillary Clinton."

Yet again, other liberal lawmakers like Virginia Gov. Terry McAuliffe were quick to blame access to guns as the real source of the problem. He called for more gun control.

Guy had a different take in his thoughtful analysis on the attack. No one – not rhetoric, not Bernie Sanders, is to blame for Wednesday’s carnage, he writes. Only the shooter and the shooter alone.