Romney Wants Trump to Keep US in Paris Agreement...But Not Just for Environmental Reasons 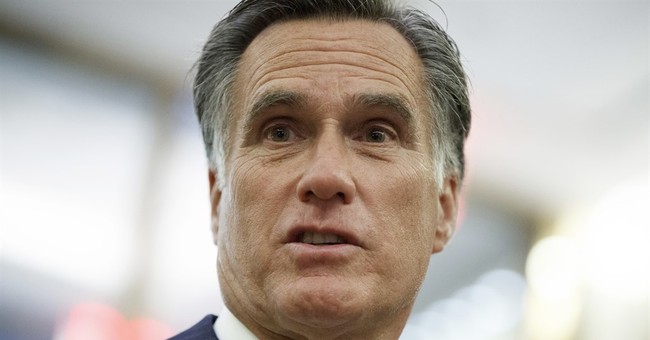 With reports that President Trump is leaning toward pulling the U.S. out of the Paris climate agreement his predecessor pulled us into last year, at least one Republican is urging Trump to remain a partner.

Don't be so quick to call him a radical environmentalist, however. He supports the Paris accord, he tweeted, because it will help assure that America will remain a world power.

Affirmation of the #ParisAgreement is not only about the climate: It is also about America remaining the global leader.

Reports indicated that Secretary of State Rex Tillerson and Ivanka Trump also want the president to remain in the agreement, while White House Steve Bannon wants the U.S. out, predicting negative consequences for the nation's economy.

Climate activists like Public Citizen's David Arkush have other concerns, worried that the U.S.'s withdrawal from the Paris accords will make it harder to prevent global warming.

"In an administration that seems incapable of doing much right, Trump’s stances on climate change and clean energy still stand out as exceptionally wrongheaded," said David Arkush, managing director of the group's climate program. "The U.S. already is suffering from the effects of global warming, and right now we are on course for catastrophic harm as soon as the second half of this century.

In the end, however, Trump seems ready to honor his campaign promise.