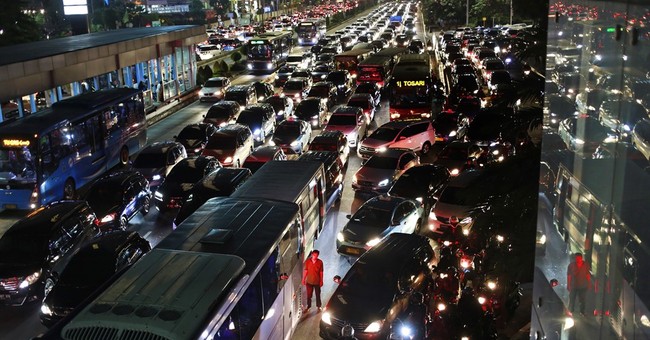 A possible terror attack has been reported in the Indonesian capital, Jakarta, Wednesday when an explosion occurred outside of a bus station. Some reports suggest it is a suicide bombing.

UPDATE: Indonesian police say two people have been killed, including the suspected suicide bomber according to Reuters.

UPDATE: Reuters reporting that a "hospital official speaking on Metro TV said two policemen and a civilian were being treated, and all three were conscious. Another TV report said five people were wounded."